About authors and their works 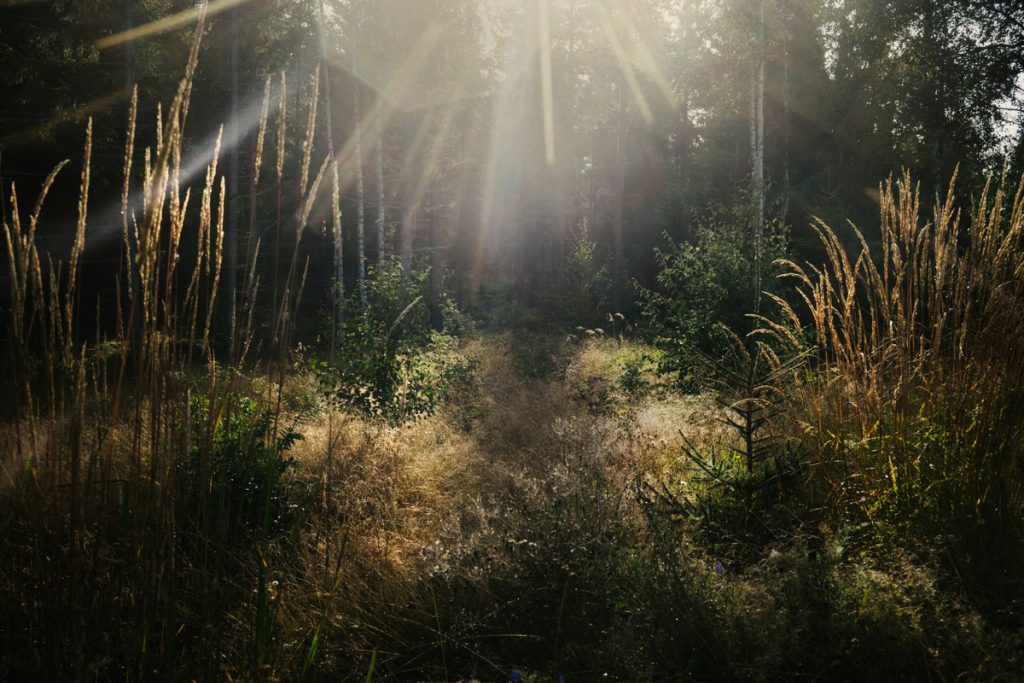 Jan Pirnat is a photographer from Slovenia. In his work, he is mostly focused on documentary photography. He has been researching different types of photography and narratives, focusing both on long-term and short-term projects.

In his series OXYGEN, Jan questions our personal choices towards the environment, nature and lifestyle habits. He wonders:

“Isolation, isolating, self-isolating, distancing, habits and faults. We can choose them ourselves or we can be thrown into them by our circumstances. Removing from what’s good or moving towards what’s good?
Everyone has to decide for themselves”. 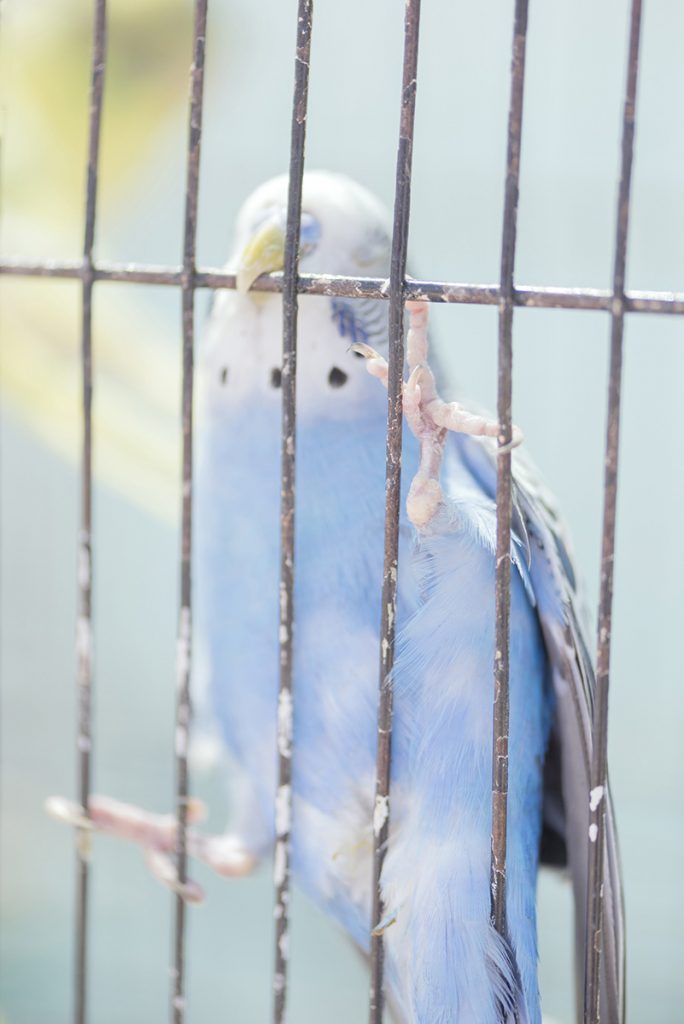 Martina Zanin is a visual artist born in San Daniele del Friuli, Italy, in 1994. Zanin’s practice originates from her personal experiences through which she explores and questions the roots of specific behaviors and patterns within family dynamics, putting in tension the ambivalence of affective relationships. Zanin works at the intersection of photography, archive material, writing, video, and sound, thus creating multiple-level narratives within which narrative spaces and perceptions intertwine. Her work has been exhibited in solo and group shows at the international level. Zanin is the author of the photobook I Made Them Run Away published by SKINNERBOOX in 2021, and of Older Than Love, a self-published book accompanying the homonymous multimedia installation. In 2021 Zanin is the winner of Camera Work, Images Gibellina, and Cantica21. Italian Contemporary Art Everywhere. Martina Zanin is the author of I Made Them Run Away, a multi-layered story weaving together family images and photographs with texts written by the artist’s mother. It brings together memories from the past and feelings of the present to explore the dynamics of relationships – the need for attention, the expectations that cause disillusionment, insecurity, and judgment. Shifting between the different points of view, Zanin depicts the recurring complicated triangle relationship between her, her mother, and the “man”, a multiple figure mostly represented as an absence in the work.
Instagram Link 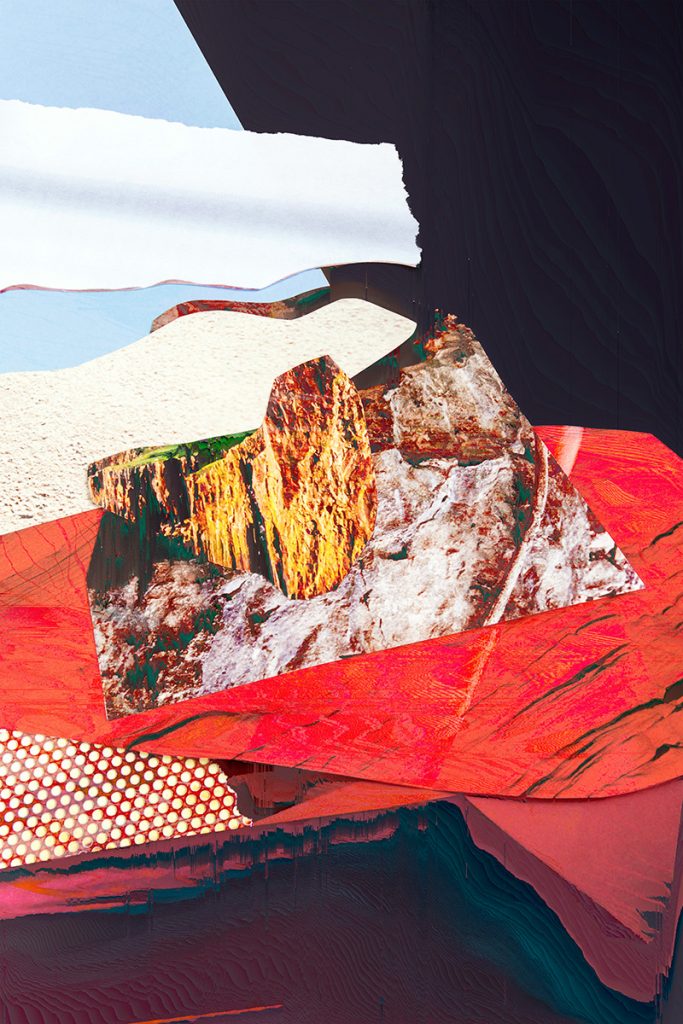 Ewa Doroszenko is a Warsaw-based visual artist who earned her doctorate in Fine Arts from the Nicolaus Copernicus University in Toruń in 2012.

Ewa’s work has been exhibited widely in galleries and at art festivals, among others: Centre of Contemporary Art in Toruń, Historic Centre of Athens, Propaganda Gallery in Warsaw, Museum of Angra do Heroismo on the Azores, Goldcorp Centre for the Arts in Vancouver, Fait Gallery in Brno, Vilnius Photography Gallery, Exgirlfriend Gallery in Berlin.

Ewa Doroszenko is interested in the phenomenon of documenting natural landscape in contemporary times dominated by virtuality. In the series, she tries to capture the offline and online experience of the environment. Through the use of software developed by programmers, recycling processes and analogies to nature, Doroszenko shapes streams of data into almost abstract images.

Doroszenko experiments with new technologies, trying to develop a new kind of artistic self-expression suitable for the digital age. She creates images building multi-element objects and photographing them in the form of still life and then changing them on her computer screen through multiple digital interventions. Radical computer postproduction makes her photographs look like abstract paintings. As a professional painter, Doroszenko reveals a natural ability to harmoniously combine colours and forms. However, all the applied procedures are only the external surface of reality built not from matter, but simulacra. Generatively distorted transcriptions of the physical world, reveal the authentic nature of the image – a collection of pixelated data. Perhaps these are already complementary, separate parallel realities. 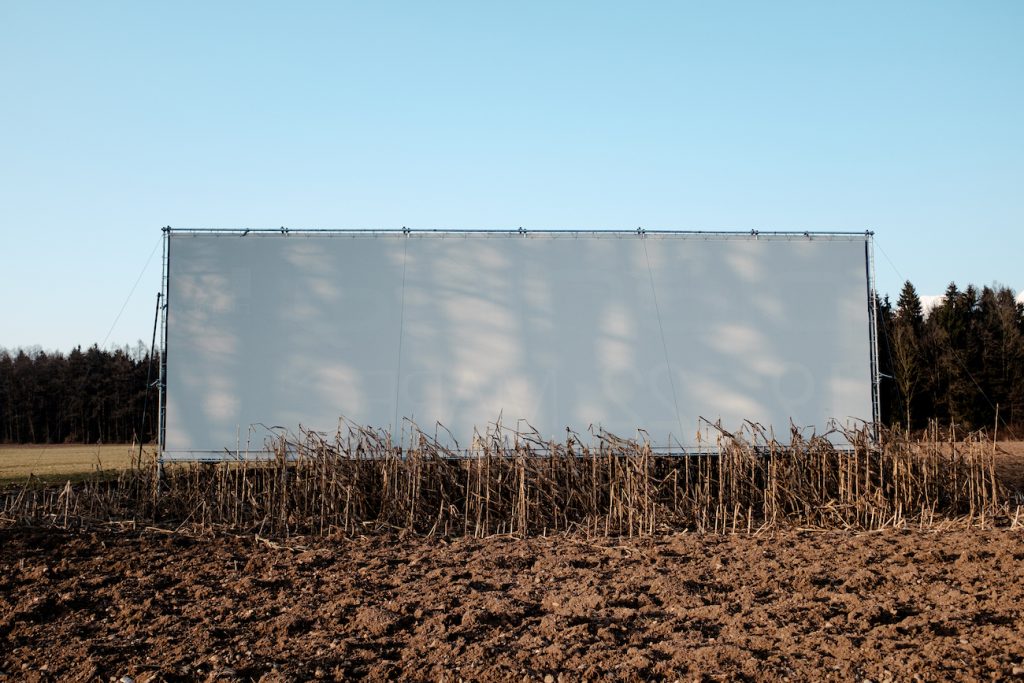 Luka Dakskobler is a documentary photographer and photojournalist from Kranj, Slovenia. He has a BA in English and Journalism from the university of Ljubljana and has been working as a journalist and photojournalist since 1995. He specializes in in-depth stories and news. In his long career he has worked with many respected magazines, covering culture, entertainment and events, before moving to pressing social and environmental issues, and news coverage.

The exhibition Affliction-geist is a combination of two ongoing (now a year and a half long) projects, documenting social and political dynamics of recent times, the fight and flight of mind during times of the coronavirus and its political abuse, the rise of self-isolation and authoritarian, increasingly restrictive order. It is about closing in and bursting out, growing quiet and speaking up, sitting down alone and standing up with the crowd, resigning and resisting. It is about a disease – that of giving up and reatreating from the world, and that of politics abusing a crisis to attack our freedom. For more than a year and a half, Slovenia is fighting on these two fronts – the epidemic and diminishing of freedom, democracy and rule of law. The presented projects were not meant to be combined, but they organically do, because they are related. There is no talk of isolation and mental defeat, or anger and revolt without considering the far-right direction in which we’re well on our way. 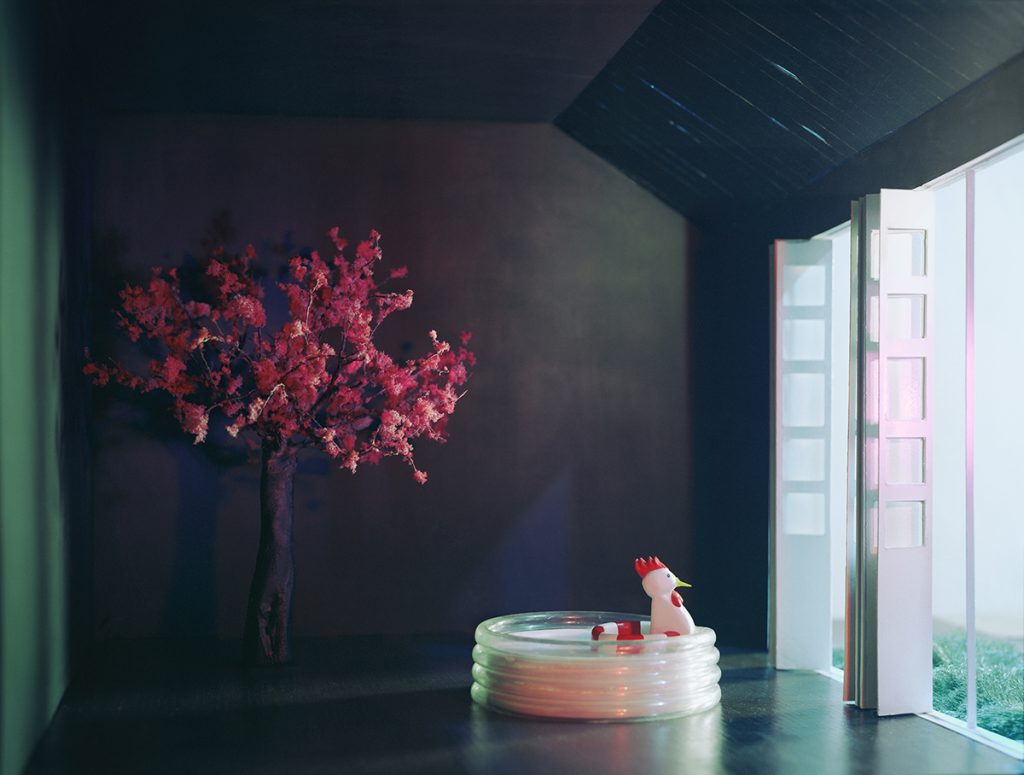 Rina Vukobratović is a photographer and visual artist with a Masters Degree in Fine Arts. She has exhibited her work in the USA, Australia, Canada, the UK, Bulgaria, Serbia, Croatia, Slovenia, France, Spain and Sweden. Her work has been shown in many other festivals around the world.

Rina Vukobratović presents her series Utopia, dioramas that represent an imaginary world.; the nature trapped in the walls representing the man. Utopia’s photographs show the opposition of nature and the world of things, the fear of the future, in which the promised freedom has been increasingly eliminated.

She said: “I view utopia as a vision, an opinion, or the creation of something that protects me from hopelessness. This work questions whether our utopias are directed against the world, or is utopia the only way to make this world bearable?” 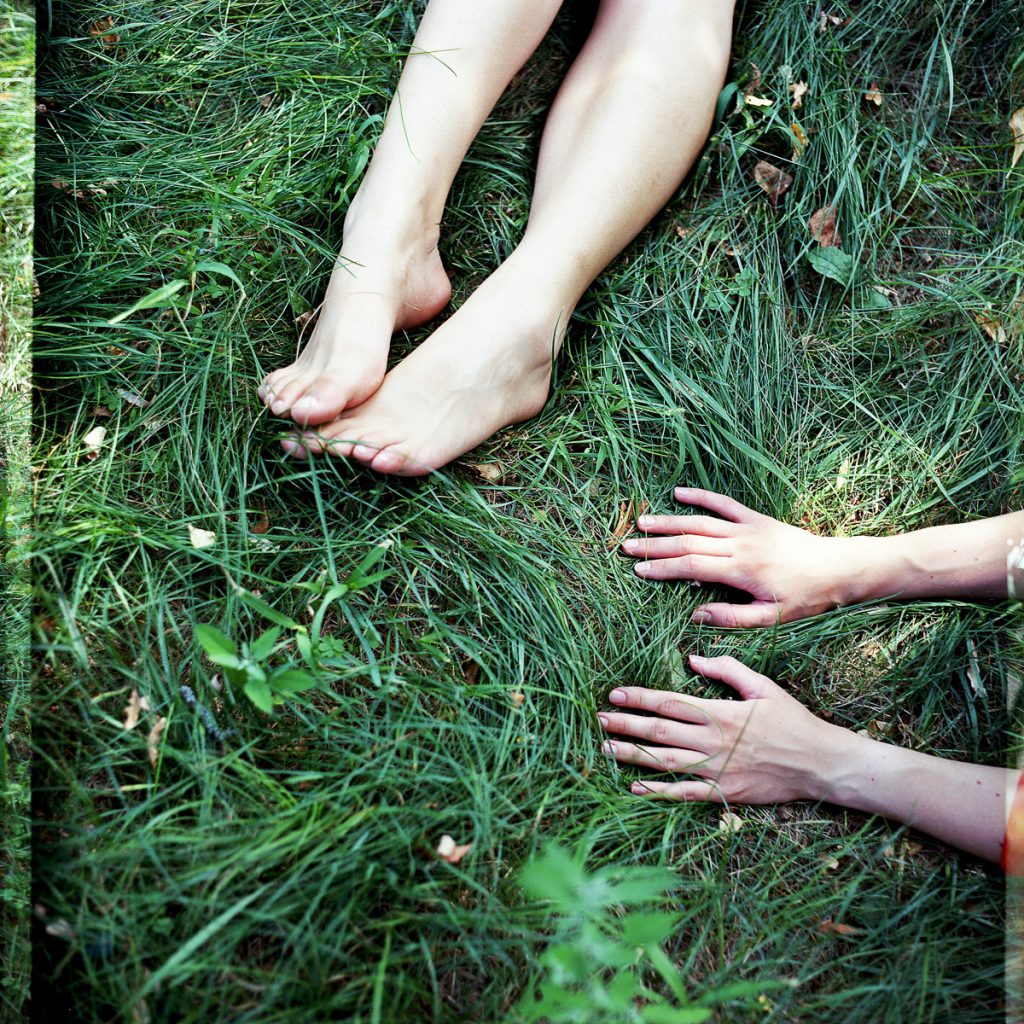 Maryna Shtanko is a visual artist and photographer from Kharkiv, and has a Master’s degree in German Language & Literature from Karazin University (2014). Her work spans from documentary to fine art and shows her interest in working with analogue photography, experimenting with text and painting techniques.

About her series Escape (2020), she writes: “A few years ago my parents bought a house in a small village in Ukraine. According to Wikipedia, it had a population of 47 people in 2001. It’s a beautiful place but somehow I always felt as if I didn’t belong there. Being used to city life and urban surroundings, I didn’t feel comfortable staying “in the middle of nowhere”.

However, in 2020 everything changed. During the lockdown, it appeared to be a perfect place to stay and thus escape reality. I wanted to capture this time and see how such an ordinary life can be so unusual. And how the addiction to the realities of the modern world can change a person’s attitude towards nature, isolation, and freedom” – said Maryna. 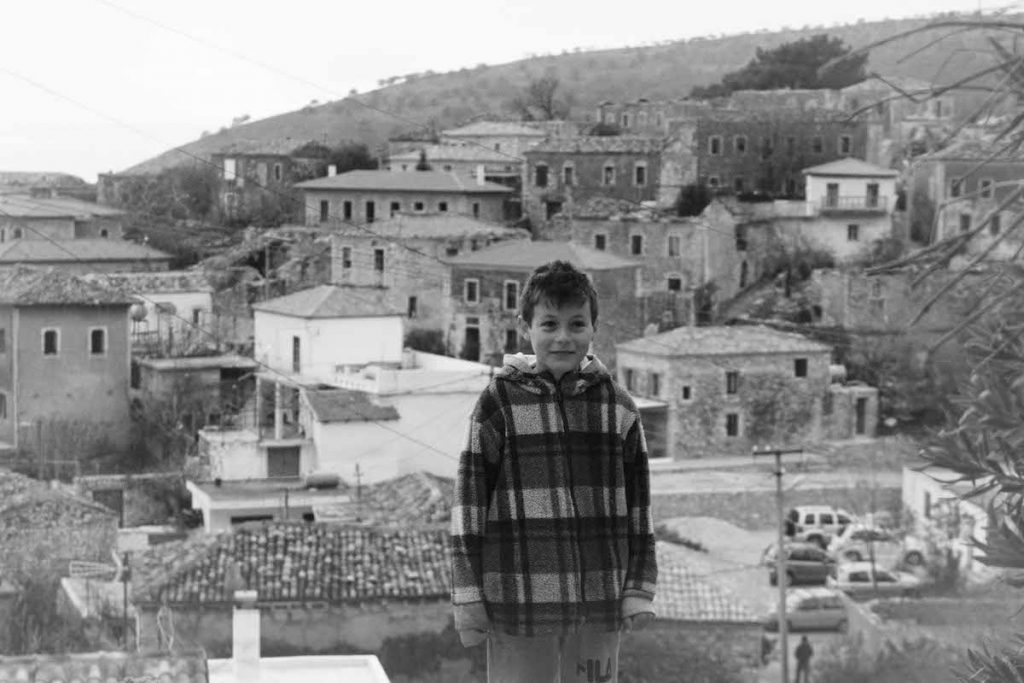 Bib Frrokaj (b.1992, Albania) lives in Lezhe, where he has worked as an Art teacher since 2017. As a University of Arts Tirana graduate, Bib has been using photography and video as his main media. The artist was also shortlisted for the 12th edition of ARDHJE Award, one of the most important Albanian prizes for young visual artists under 35. Constantly motivated by discovering how this complex world functions and paying special attention to social problems, Bib focuses on investigating the relationships between the human as a transitory being and nature as an inevitable presence.

His exhibition The Long Wait, consisting of a video and a series of photographs, is an attempt to understand how heavily our inability to move can weigh us down. The lack of freedom is like a heavy concrete block. And Bib knows that.

Placing himself in the middle of a large and flat field belonging to an abandoned airport – where heavy concrete cubes have been distributed almost symmetrically to block the runway -, Bib tells us that flight is impossible. “The heavy stone weights in its place”, an Albanian proverb, invites us to follow his journey through the photographs made during his exploration of his own country throughout the last 3 years: from the rock captured at his birthplace, seating on his childhood’s memories, to scenes in Qeparo, a small village in the south of Albania, Bib Frrokaj tells us that the time has indeed stopped. Everything is a long, heavy waiting. 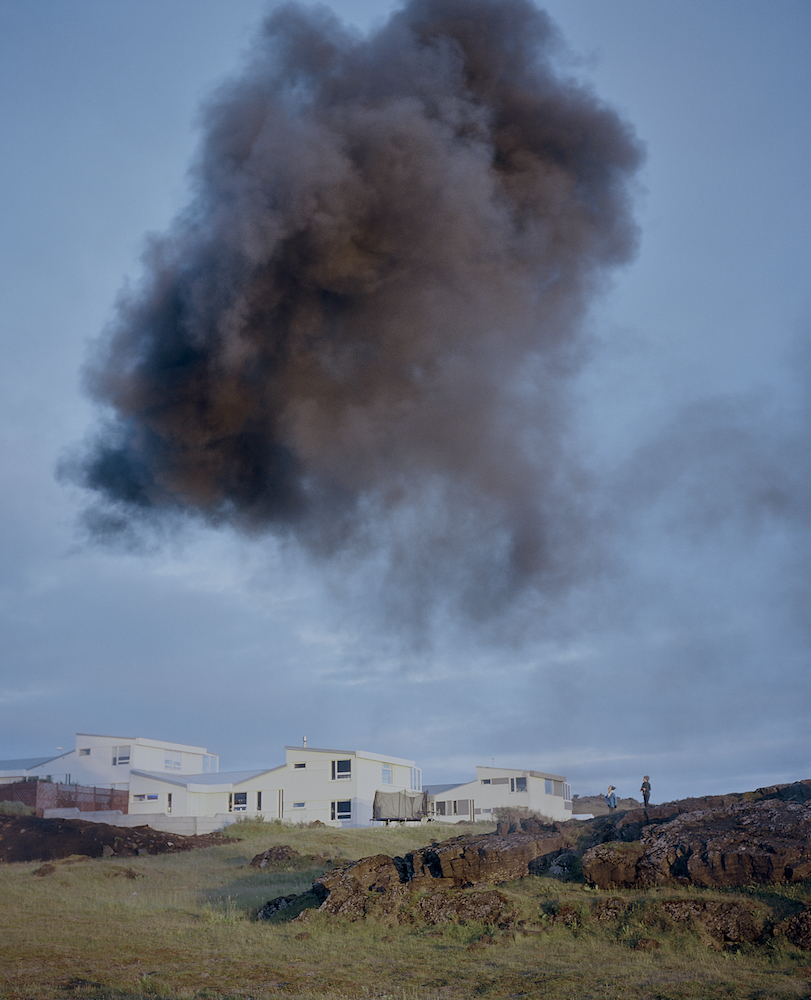 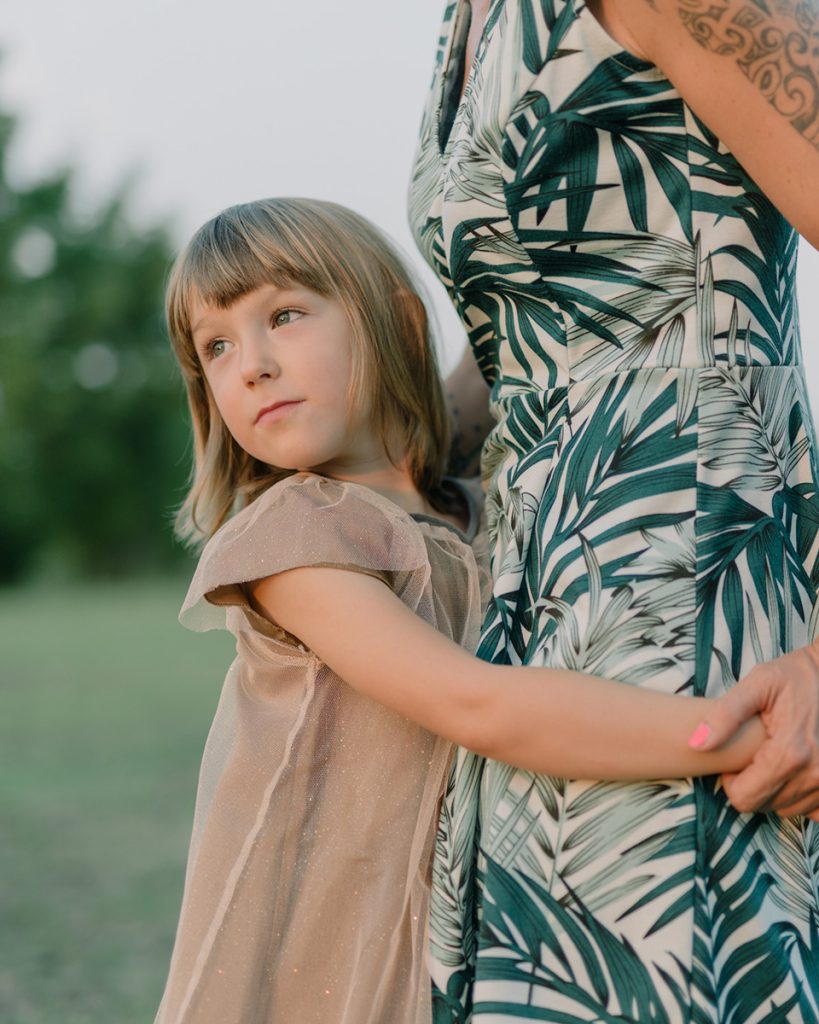 Francesco Andreoli is an Italian photographer who left his studies in Computer Science Engineering and decided to follow his passion for photography. In 2017, he enrolled at the Free Academy of Fine Arts (LABA) in Florence, where he had the opportunity to shape his style through experimentation and the study of various photographic genres.

His series “(UN)VAXXED: a photographic survey”, which started at the end of 2019 and is still ongoing, faces the topic of  vaccination on the Italian territory.
“This photo investigation brought me into contact with researchers, scientists, companies, sportsmen, families, children, directors, lawyers, soldiers, and many other people from various parts of Italy, of all ages and social backgrounds, because vaccines affect all of us and our health.”, he said.

The aim of the project is to propose a reflection on the theme, without dividing it into two opposing factions (Novax/Provax), but rather trying to deepen the different shades of the truth that revolves around the subject. 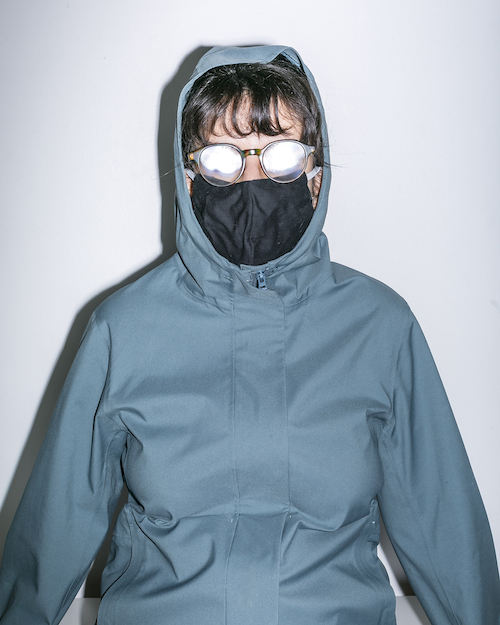 Keiny Andrade graduated in Language and Literature, postgraduate in Communication and Arts, at SENAC University in São Paulo and holds a master degree in Science of Communication from Fernando Pessoa University, in Portugal. His photography is crossed by themes such as transitory, belonging, territory and landscape. He is interested in imaginary narratives, seeking the power of the experience in visualities.

He worked at the Brazilian newspaper Folha de S. Paulo as a photographer and deputy photo editor, and currently works as an independent photographer. About his project Breathless made during this pandemic, he wrote: “In 2020, at the beginning of my isolation in Brazil, I felt in a state of mental disorder unable to think about the future. The feelings of anguish, confusion, and suffocation took over my daily life as the news about Covid-19 came in. Locked up at home, I started to use the camera to try to find a way out and to re-signify the banal from my microcosm.

I started to look at my microcosm in an aseptic and also orderly way because everything outside was too confusing. For me, organizing what is inside involves looking poetically and meticulously at what is around me.” 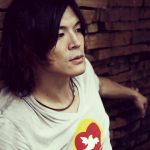 Kai Yokoyama started as an architecture student at Saitama University and then switched to photography and completed his studies at Tokyo College of Photography.

He has travelled the world photographing refugees, children with disabilities, and victims of terrorism. In recent years, he has been photographing foreigners living in Japan. His works have been published in many important media like the Washington Post, Foam Magazine and Marie Claire. 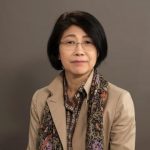 Chikako Shigemori Bučar is a linguist and works as an associate professor for Japanese studies at the Department of Asian studies at the Faculty of Arts of the University in Ljubljana. 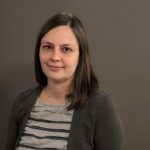 Maja Veselič is a sinologist and anthropologist and works as an assistant professor at the Department of Asian studies at the Faculty of Arts of the University in Ljubljana.

She researches and deals with the questions of ethnicity and religion in the Eastern Asia as well as ideological and material currents between Asia and Europe, focusing on East-Asian heritage in Slovenia. 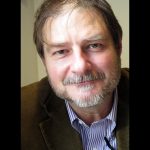 He is an electrical engineer. He was introduced to the world of photography by his father Zdenko. In the 1980s, he joined Fotoklub Skupina75, currently, he is the president of this photo club. He has been more actively involved in photography since 2000. He creates mostly in black and white analogue technique with camera obscura (a pinhole camera), which he most frequently uses from his distinctive “mouse perspective”. 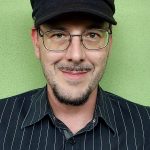 David Verlič has been involved in photography for nearly 30 years. He started working as a photographer at local newspaper, later on, his professional path led him to photographing Mostovna Culture centre and after a short period, in which he worked for a local television and ran a music show, he continued in the field of photography. He is the founder of photographic portal E-Fronta, which collects more than thousand documentary photographs from local environment. 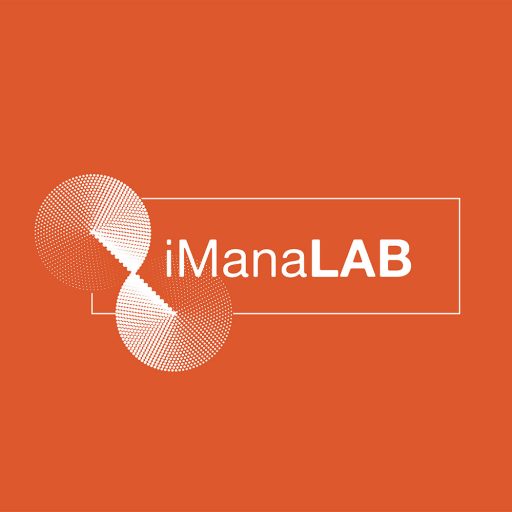